“Granada is so much more than just Alhambra and Generalife. And yes, there are things to do in Granada at night.”

If you say that to people who’ve been there on a trip, they might roll their eyes at you. But both F.C. & I were pleasantly surprised by this city, which is just as riveting in the night as it is in the day.

After a short train ride from Cordoba, we headed out to the more modern part of Granada, to stay at Pension Castil on Darrillo de la Magdalena. Fair warning though, if you don’t want to lug your bags up 3 floors, you best avoid this particular location! Here, there are many little local cafes, restaurants and shops one can enjoy, except perhaps a Burger King (lol). This place is in close proximity to the Royal Chapel. Most sights in Granada are walking distance, so if you enjoy setting out on your own and walking around, I highly recommend it!

Things to do in Granada at night 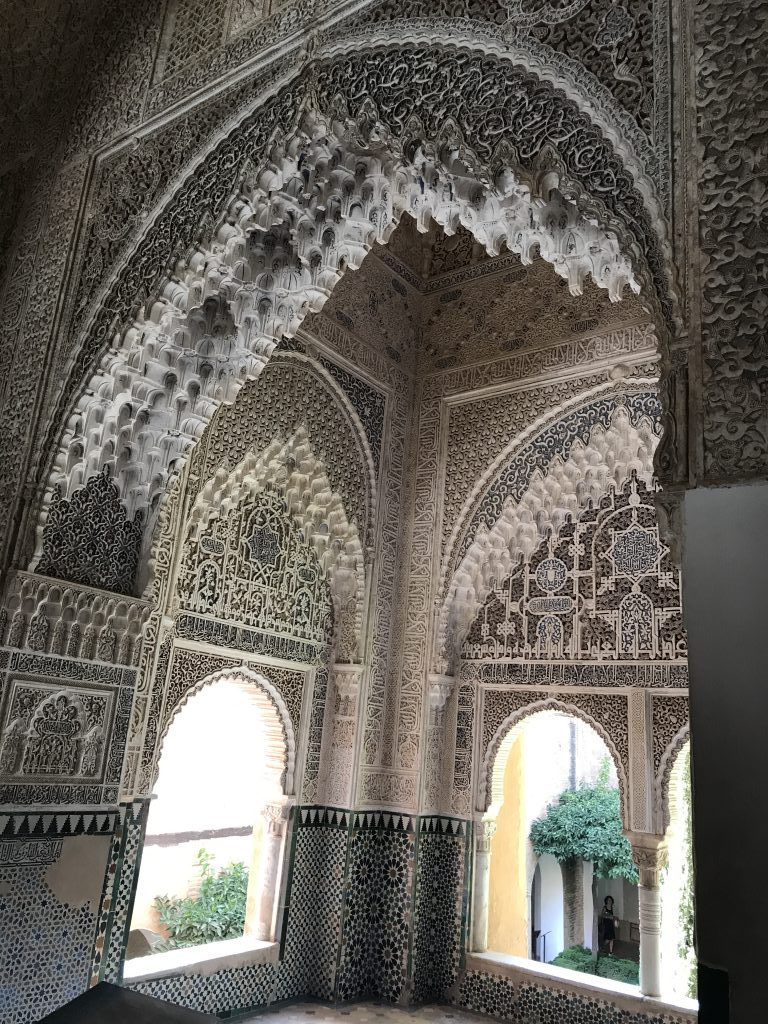 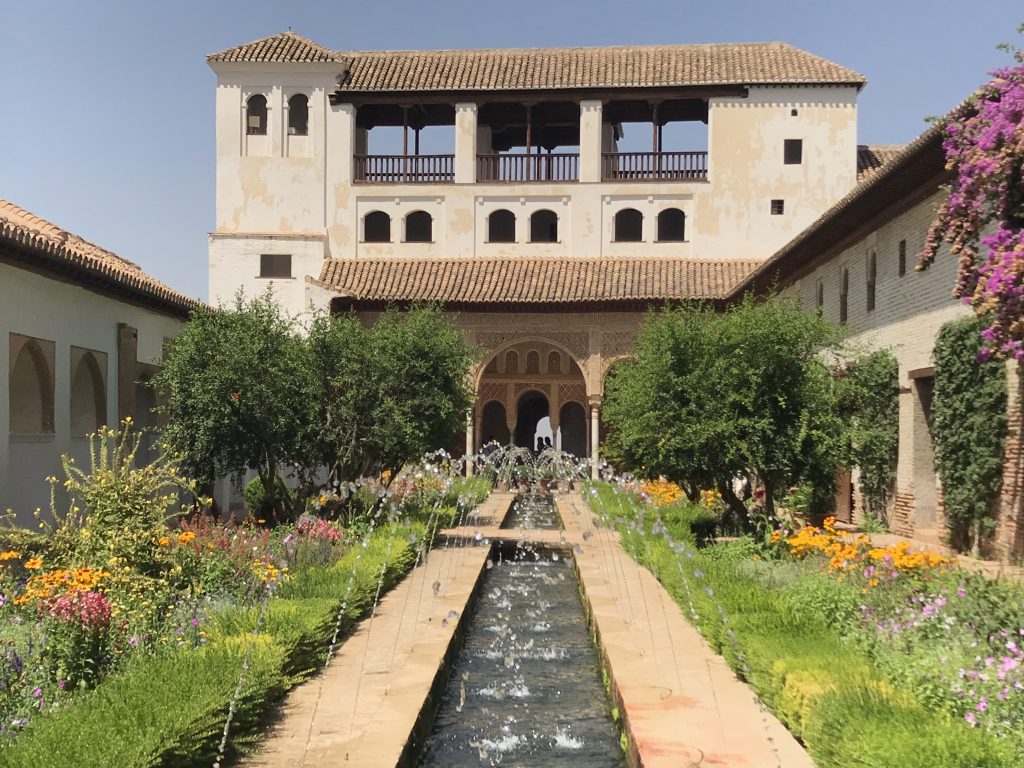 In the summers, Alhambra at night has a different atmosphere altogether. They have amazing musical shows that you  usually can enjoy in the midst of the Generalife gardens. In 2017 when F.C. and I visited, there was a superb show called Oh Cuba, and we got buy one, get one free on tickets that were substantially lower priced than the general attendance in the mornings. The show was amazing, even though it was in Spanish. It was an enactment of the poetry mixed with flamenco by famed poet, Federico Garcia Lorca. This is probably on the top of my list of things to do in Granada at night; as it’s truly different and unique.

Tip for visiting Alhambra in the day: Skip the queues and disappointment as it’s almost always full! Book 1-2 months in advance from here. DO NOT fall for the first links you search for on Google, as they are usually a tour exclusive of tickets. Read all terms and conditions very carefully.

Even though you cannot enter the chapel at night, it has a certain element of history and grandeur. Surrounding the chapel, there are some really great places to eat as well. Also at night, you’ll get to see a lot of street performances, from musicians to opera singers. During the day, you can venture inside the church which is very impressive!

Where to eat in Granada

Not far from the chapel, you have excellent restaurants to choose from that offer you good dinner deals up to 12 euros. The great thing about the southern part of Spain, is that you get a pretty big tapa portion when you order any drink. Safe to say, I had multiple sangrias and snacks :’D We went and enjoyed the tapas from Los diamantes, but missed Dubai and ate a lot of shawarmas near the chapel too at a place called Shawarma King – a great halal option!

Avoid eating any meals by the Alhambra if you’re on a budget as most of the restaurants can be quite pricey. A great tip would be to head on to the garden restaurant and ask for their bocadillo (sandwich) menu which is half if not quarter of the regular menu price. They often don’t bring that menu out first, so make sure you ask for them.

If you’re looking for a little coffee break, you must try this little apple cake called ‘pionono’. It’s nothing short of delicious!

If you’re looking to have some delicious ice cream, not far from the Cathedral is a gelato place called Tiggiani. Best.Ice cream. EVER.

Looking to go somewhere during the day?

Even though it’s a bit of a walk with the steep slopes through the famous Jewish quarter, visiting Plaza Mirador de St. Nicolas had some lovely views! A lot of people come here to watch the sun go down, and they have a quaint little restaurant (that’s a bit expensive).

So there you have it, a complete list of things to do in Granada at night. Have you been to Granada? Let me know in the comments below! 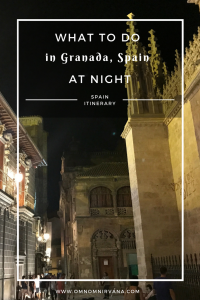